“There is a huge disconnect between where we are, where we will be, based on current projections, and where we need to be, based on what science is telling us,” said a representative of the government of Bangladesh, which currently holds the presidency of the Climate Vulnerable Forum, a partnership of countries especially affected by climate changes, such as sea level rise. (Rising seas could cost Bangladesh 11 percent of its land by 2050.)

In a session presided over by COP26 president Alok Sharma, at-risk countries pleaded for increased ambition in the forthcoming agreement, the second draft of which came out Friday morning. In particular, they want bigger cuts in the greenhouse gas emissions that cause global warming, more assistance for developing countries to build economies powered by clean energy, and more funding to adapt to climate change and compensation for the losses they are already incurring.

“The current draft does not live up to our expectations,” said Camila Zepeda, the lead negotiator from Mexico, who was speaking on behalf of the Environmental Integrity Group.

The government of Mexico, however, like those of many large developing nations such as Brazil and India, has also been criticized by environmental activists from its own country for insufficient ambition in its emissions targets.

“We need to phase out all use of fossil fuels immediately, including coal, and we must end all subsidies to fossil fuels,” said a delegate from Belize. 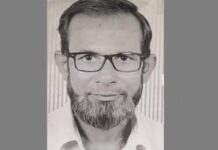 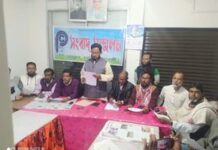