I am very sad to hear of the demise of Jeffrey Pereira, someone who was like an elder brother to me. He was a soft-spoken person, always concerned for the welfare of the people and for the well-being of his friends. He was full of empathy for the plight of others. He was a good Christian and a good human being.
When in 1990 as the elected Chairperson of ADAB I tried to oppose the attempt by some members to politicise the organisation, they tried to conspire against me. At that time, two persons who stood by me were Jeffrey Pereira and Fazle Hasan Abed. Now in the course of this last one year we have lost both of them.
I first came to know Jeffrey in 1972, when he was placed in charge of Christian relief operations in war-torn independent Bangladesh. There were innumerable occasions when we met to discuss the problems and prospects of development work in Bangladesh. Jeffrey and Father Timm, as part of CARITAS, helped Gonoshasthaya Kendra in its early years. I admired his dedication and his resolve and held him in great respect. My heartfelt condolences to his family who have lost their loved one. The Christian community has lost an honourable member and Bangladesh has lost a great citizen. I have lost a friend and older brother. I will miss Jeffrey very much. 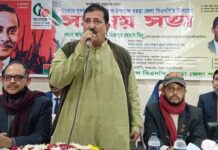 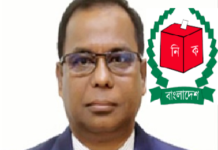