Letlow, who announced on Dec. 18 that he tested positive for Covid-19, had been in the intensive care unit at Ochsner LSU Health in Shreveport. died from the coronavirus, multiple sources confirmed Tuesday evening. He was 41.

Lawmakers and aides on Capitol Hill said they were devastated to learn of Letlow’s passing. House Minority Leader Kevin McCarthy said in a brief statement that “our hearts break tonight as we process the news.”
he entire Louisiana delegation, led by House Minority Whip Steve Scalise, issued a joint statement offering their condolences.

Letlow family appreciates the numerous prayers and support over the past days but asks for privacy during this difficult and unexpected time,” the family said in a statement that was first reported by the Monroe News-Star. “A statement from the family along with funeral arrangements will be announced at a later time.”

Letlow, who served as chief of staff to former Rep. Ralph Abraham (R-La.) before being elected to fill that seat, was supposed to be sworn into Congress on Sunday. He is the first member or member-elect to die from the coronavirus, though dozens of lawmakers have tested positive for Covid-19 over the past year.

Letlow leaves behind a wife and two small children. He was initially admitted to a Monroe hospital on Dec. 19, but was transferred and placed in the ICU last week when his condition deteriorated. 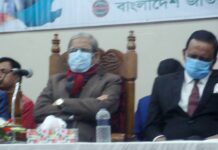