When officials declared a Tier 1 shortage for the Colorado River, it meant Arizona would see the brunt of the water restrictions compared with other states.

While residents won’t be affected until a potential Tier 2 shortage, Arizona cities claim to be in different situations.

Lake Mead supplies Arizona with a significant portion of its freshwater. The declaration is going to affect agricultural use primarily. The Central Arizona Project is the principal entity responsible for water distribution in the valley. It’s governed by a joint federal and state agreement.

News of the shortage prompted many cities in the Phoenix metropolitan area, where much of the river’s residential use is directed, to strike a reassuring tone.

“The City of Phoenix has been working for the last several decades to diversify water resources, store water for future use, and invest in infrastructure to enhance the city’s resilience to drought,” Phoenix Mayor Kate Gallego said in a statement. “Phoenix has a strong legacy of conservation and wise water use to build upon.”

The Scottsdale city manager activated Stage 1 of its Drought Management Plan. The city of more than 260,000 people will ask residents and businesses to “voluntarily conserve and more efficiently use water.”

While the Colorado River shortage mitigations don’t start until Jan. 1, 2022, Scottsdale’s Drought Management Team will begin working immediately.
It claims to have one of the most advanced water reclamation systems in the country.

City of Chandler officials updated its water management page, stressing the city’s long-term plan to ensure residents and industry they’re not in danger of any shortages.
Like Scottsdale, the city asked residents to conserve water voluntarily. 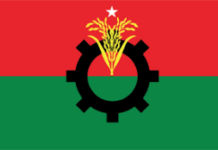