Tourists in Spain’s Costa del Sol region are being warned about a spike in jellyfish numbers.

“It’s like something out of a horror film,” British holidaymaker Francisco Martinez, 55, told The Sun.

“I’ve been coming to the Costa del Sol for 20 years and this has never happened before. If you want to take your kids into the sea around here, you have to bring a net, it’s that bad.”

Warnings have been issued on various beaches over the past week, with Malaga council reporting that the city’s beaches were flying yellow flags to alert holidaymakers to the high presence of jellyfish.

Similar warnings were issued on beaches along the Granada coast, including Almuñécar.

“This year we were sure that there were going to be a series of conditions that would favour a high presence [of jellyfish], as has finally happened this week,” biologist Jesús Bellido from Aula del Mar told Spanish news site SUR.“However, there is a slight relief as it started in mid-August and has not affected the month of July.”

He added that the factors for a surge in jellyfish numbers were determined in spring due to water temperatures.“Now the sea seems to be cold but before the summer it was much warmer,” he said.

“There were a series of ideal conditions to create a high presence of jellyfish in the Alboran Sea.”Visitors can track the number of jellyfish on local beaches in the Costa del Sol via the Infomedusa app, developed by Aula del Mar.

on the other hand Thousands of jellyfish washed up on the shore of a popular beach near Shcolkine village, prompting those who want to enjoy the warm Azov Sea to go elsewhere.

The rise in the jellyfish population is caused by warm and dry weather that has been stable in the region over the recent years, Russian Institute of South Sea Biology researcher Sergei Alyomov told Reuters on Monday (August 23).

The dry weather reduces the amount of fresh water flowing from the rivers to the sea, eventually making the seawater saltier, creating an ideal environment for jellyfish.

With lots of food to consume in the Azov Sea, jellyfish can quickly increase their population, Alyomov said.The jellyfish population is likely to remain high as long as the water is salty enough, he added.

Although some tourists were still keen to get a swim among the jellyfish, the Shcolkine beach was largely empty on Monday.

Alyona Plyas, who arrived in Crimea on holiday from Moscow, said it was difficult to swim in the sea as she had to feel the jellyfish and their “cold, disgusting touch.” 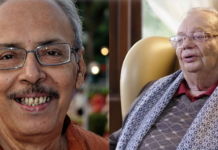